The Ideal Mother: Decorative Ensembles in The Porticus Octaviae. Painted and sculptural embellishments inside the portico reinforced the ideology of dynasty and woman’s role in its creation. Though much of the artwork is lost to us today, literary sources describe these images dispersed throughout the grounds. A brief iconographic analysis of some of the more notable images reveals that they promoted feminine behavior considered ideal for a woman, such as chastity, fecundity, piety, and moral rectitude, the same values which Octavia came to represent in her capacity as an imperial woman. The messages conveyed by the art were grounded in legislation enacted by Augustus to discourage adultery in favor of legitimate reproduction within the bounds of marriage. For women, the rewards were liberation from financial tutelage after having borne three children. The statue that perhaps best illustrated these Augustan ideals was the aforementioned republican portrait of Cornelia.

For the Roman people, Cornelia was a paradigm of female virtue. Her chastity, education, and eloquent speech earned her the admiration and respect of Roman senators as well as foreign dignitaries. After her husband’s untimely death, she honorably remained a univira (a woman who married only once), one of the highest demonstrations of marital devotion a woman could display, even rejecting a proposal from King Ptolemy of Egypt. Instead she chose to dedicate herself to the rearing and education of her twelve children. Quintilian writes that her famous sons, Gaius and Tiberius, owed much of their own eloquence to their mother. After their premature deaths, she continually honored their memories, and according to Plutarch (Tiberius Gracchus, 1.1-5), it was as a mother that Cornelia gained most attention. For this, she was considered an exemplum of matronhood. It may have been the historic association between the portico and the republican icon of motherhood and her politically influential sons that attracted Octavia and Marcellus to reconstruct the building in the early imperial years, in an attempt to create a perceived likeness between the two pairs. 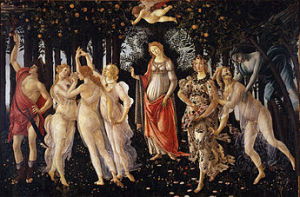 Cast as a Cornelia for a new era, Octavia presented the Roman people with a renewed ideal of womanhood invested with the weight of traditional republican values. The analogy would have been more profound as Roman viewers recognized distinct biographical parallels between the two women. Like Cornelia, Octavia devoted herself to rearing her children, honoring her marriage, and remaining a univira after her husband’s death (not to mention his abandonment). Like Cornelia too, she had come to figure in the political aspirations of the men in her family, counseling, supporting, and providing beneficence in ways unusual for a woman, and likewise had a famous son who predeceased her. Finally, both were given the rare honor of public portraits. In fact, it seems likely that a portrait of Octavia–that most biographical of art forms–stood in the portico as a physical and visual parallel to Cornelia’s, one that would have underscored the similarities for viewers.