Billed as an exhibition dedicated to showcasing 29 new and emerging artists from Winnipeg, supernovas is exactly what Winnipeg Art Gallery needs right now–a fresh look at what is going on outside its walls. In talk surrounding the show there has been much rhetoric suggesting that supernovas presents an opportunity to see the art scene’s next stars, and the exhibition’s easily misread title feeds into this. However, co-curators Shawna Dempsey and Lorri Millan are not really concerned with star charting. They set out to take a snapshot of contemporary art production in Winnipeg and wound up discovering a great variety of large wall art. Their selection criteria limited them to artists with a strong professional studio component in their work; they opted not to show recent art school graduates (read: artists less than one year out of school). Artists who have already achieved a sizable interest in their work were also not considered (read: no solo exhibitions). That being said, there are certainly standouts in a wide-ranging exhibition that includes handmade dolls, multiples, painting, bronze sculpture, drawing, video, works on paper, tapestry, installation, photography, collage and performance remnants from opening night.

Liz Garlicki’s large canvas art are an impressive offering from a talent who exhibits far less then one would hope. At an average of eight by ten feet, these untitled acrylic works on vinyl allow the audience’s gaze to slide in and all over their fine lines. The images become topographic odes to female experience and the viewer gets lost in their immensity, which in the end dwarfs any voyeuristic impulse. Similarly, Paul Robles, a Winnipeg mainstay whose career has gained tremendous momentum in recent years, offers You Are The Everything (2003-2005). Comprising 24 individually framed pieces of origami paper cut into silhouettes and installed in a three by eight grid, the work’s iconography consists of everything from skulls to guns. Try as one may, it is near impossible to focus on just one piece; the eye wonders from silhouette to silhouette. This overall approach leads to some wonderful vertigo.

Along with a prevalence of the body as a theme, supernovas presents a large contingent of works concerned with narrative and storytelling. Works by Shawna McLeod, Shaun Morin, Joseph Reyes, Melanie Rocan and Cyrus Smith all share this interest. To be sure, they present only the juiciest parts of the story–denying any slow build-up, not concerning themselves with plot, these artists jump right to the punch line–suggesting that supernovas captures a certain generational aesthetic, one of immediate gratification, introspection and playful self-awareness.

Further to that introspection, consider recent Yale grad Lisa Wood’s paintings. Wood’s self-portraits pair images of herself with images of her mother, placing her within Winnipeg’s long lineage of accomplished women painters, such as Esther Warkov, Eleanor Bond, Wanda Koop and Bey Pike. Equally compelling are the eight tiny handmade dolls by Jennie O’Keefe. The inclusion of her haunting, 12-inch, wryly titled figures seems absolutely necessary to the show. O’Keefe’s Why do you hate Canada? (2005) is a teary-eyed doll wearing an iconic Hudson’s Bay blanket coat and holding a dead goose, in an apparent comment on the artistic quirkiness for which Winnipeg has become known (and perhaps its impending backlash), along with the condition to which many point as explanation for such eccentricity–severe weather.

Justin Ludwar’s suite of collages were originally made as mock-ups for paintings. For artists working with collage in Winnipeg, it has become impossible not to think of Paul Butler’s impact on work in this mode. Ludwar, however, also references the modernist tradition of Winnipeg at mid-century. In his use of torn magazine ads, he displays a sensibility closer to Tony Tascona, or even Don Reichert, than he does to Butler. Other artists, such as Ian August, Shaun Morin and Shawna McLeod, also use collage to add texture and depth to their drawings and paintings in a delicate, skillful manner that is at once sentimental and ironic.

The three photographers in the show each approach their subjects differently. Talia Potash photographs strangers (in this case, a creepy selection of Miami-loving seniors); Richard Hines mostly photographs his family (melancholic portraits of his wife and son); and Meera Margaret Singh photographs friends made out to be strangers (truncating intimacy through the use of costume and setting).

In their role as curators, Dempsey and Millan did not establish a long list of theoretical parameters and then set out to find young stars as proof of their hypothesis. Instead, the duo worked organically, allowing the art to create an overarching theme as an effect of its installation. On this evidence, narrative is the main concern of this new generation of Winnipeg artists. Winnipeg has always been a city full of stories and storytellers. Supernovas’ new crop of artists understands this and uses it to create the history they are about to become apart of. 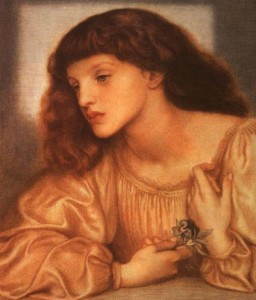